Sorry gang, that I have been delinquent in updating my own web site. It’s the same old story, putting everyone else’s priorities above your own!

Here’s a link to my COTH post about what being in Ocala on a Grand Prix Sunday reminded me of–white britches and underwear disasters. Read here for the full story.

Last Sunday, Feb. 28, in Ocala, I got to watch the $75,000 Strongid® C 2XTM Grand Prix. With 20 participants and six horse and rider teams making it to the jump-off, it was an exciting afternoon.

We were thrilled to watch Tracy Fenney show MTM Centano. We had the pleasure of meeting her because the MTM stalls were just a few tent rows down from ours. She was with her husband, (I assume) and the two of them were so nice. They invited us—mom, two girls and the trainer—to come try out their horses, only half-jokingly asking the girls to help exercise their horses because they didn’t have enough riders. Keep reading…. 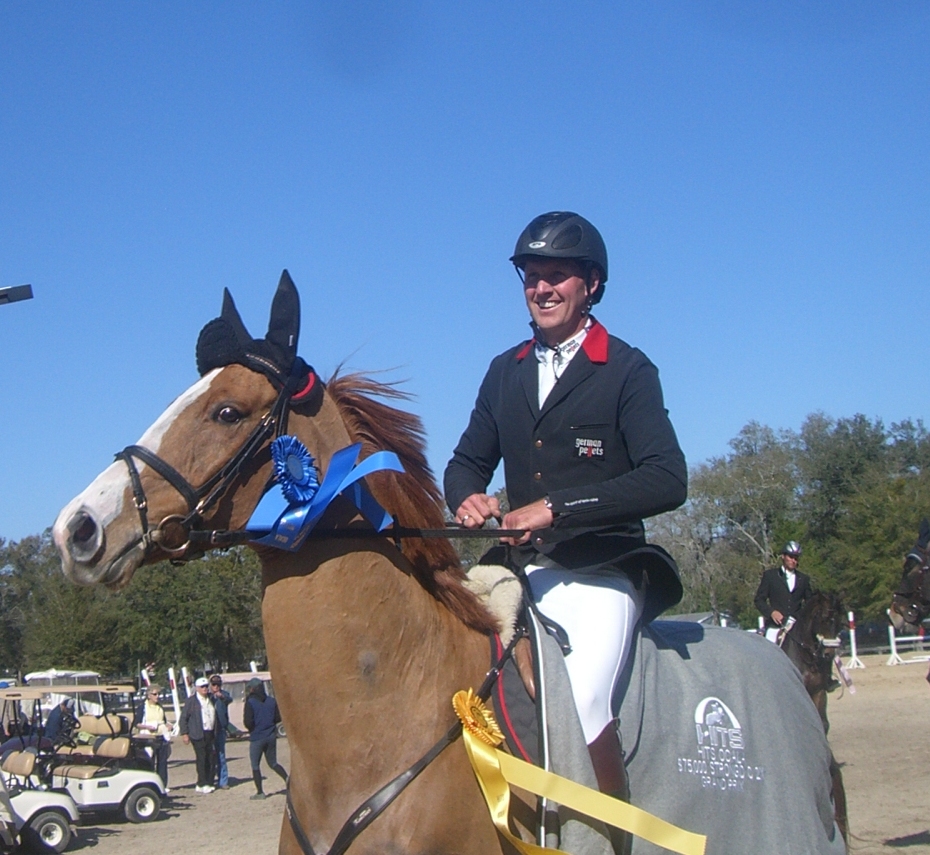 Andre Thieme appeared to have no underwear disasters as he prepared for his victory lap aboard 8-year-old mare Cesar after winning the Sunday February 28 $75,000 Strongid® C 2X Grand Prix, presented by Pfizer Animal Health in Ocala.